Actor
Bohen as Ryan in Yellowstone

Yellowstone
Ian Bohen is an actor who made appearances in several western series.

In this series Bohen appeared as Yellowstone Dutton Ranch hand Ryan. Check out the table(s) below to find out in which episodes he made an appearance. 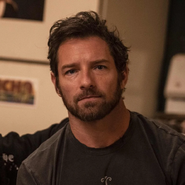