Trail boss Gilbert "Gil" Favor, often called Mr. Favor, is a Rawhide played by Eric Fleming. He is the leader of a cattle drive crew and is faced with a lot of different challenges throughout the series. He can (almost) always count on the men working for him and his men can always count on him.

Favor is a widower and father of two daughters, Gillian and Maggie. While he is out working along the Sedalia Trail, Eleanor, his sister-in-law, raises his children in Philadelphia. [1]

When escaped prisoners from a mining camp caused a fight over the horses that were with the nearby herd, they stumbled upon the resistance of Favor and his men. The escaped men started using explosives and one of them went off close to Favor. He survived the explosion but busted his arm. [2]

Once, when the horses were startled by thunder, they slipped away from the herd and ran over a man as they stampeded. The man died and his friends and neighbors were out for revenge. Favor took responsibility and the men decided to hang him. They changed their mind, however, and did not go through with the hanging. [3]

Favor spent most of his working days in the saddle, driving cattle. He made it to be trail boss but did not start out that way and first worked as a 'normal' cowhand. Jess Hode was one of the trail bosses he came to know during these cowboying days. [4]

During the Civil War, Favor fought with the Confederates. He was a Lieutenant under Colonel Millett and was at the Battle of Fredericksburg. Pete Nolan, who would go on to become scout for his cowboying crew, was there with him. [5] 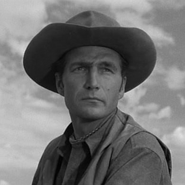