In this TV series Birmingham plays Thomas Rainwater, the newly appointed chief of the Broken Rock Reservation, who is out to reclaim their land and legacies. Check out the table(s) below to find out in which episodes he made an appearance.

The Legend of Calamity Jane (13 episodes)[] 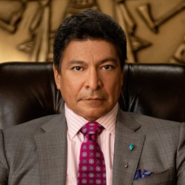