Bethany Dutton, the daughter of big cattle ranch owner John Dutton and his wife Evelyn Dutton, is a banker. She is essentially played by Kelly Reilly, but Kylie Rogers played a younger version in several flashbacks.

Click here for the main page of the Dutton family.

Beth was born on July 18, 1984 [1] into a ranching family. Before her father John Dutton inherited the ranch, his ancestors had already settled in the Yellowstone vicinity.

John and Evelyn Dutton were blessed with four children: Beth has three brothers (Lee, Jamie and Kayce). They grew up together on the Yellowstone Dutton Ranch. Kayce extended the family, marrying Monica Long and having a son named Tate, Beth’s nephew. [2]

Her mother died when she was younger. On March 30, 1997 she was out riding with Beth and Kayce and fell off her horse. Beth went to look for help and Kayce - young as he was - tried everything to protect her and stop her from dying, but help came too late and she had breathed her last breath when her husband found her. [3]

In July that year Beth's father met Rip Wheeler, an orphan boy that just killed his father after he murdered Rip's mother and brother. John Dutton welcomed the new boy onto his family's ranch, giving the orphan a home again. [4]

Her older brother Lee died when he was protecting the family ranch in a feud with the Broken Rock Indian Reservation. Kayce came too late to help him as he died of a fatal gunshot wound by Robert Long. [2]

Some time in the past, Beth asked Jamie for help when she had become pregnant and wanted to get an abortion. He took her to the Indian Health Services' free clinic on the Broken Rock Indian Reservation to keep the surgery as secret as possible. He kept the fact that they would not be able to do it without sterilization from his sister. [5] When she found out, their relationship would never be the same.

Right from the beginning Beth took a liking to Rip, the orphan boy that moved onto their ranch in the 90's. [6] As time passed by they went through good and bad times, but eventually they were always drawn to each other again in one way or another.

She has alluded to also being attracted to women multiple times: Cassidy Reid, Victoria Jenkins and in season 4 admitted to a short interlude with a lawyer's girlfriend.

When her father made her see it was unlikely Rip would ever propose to her, she took matters into her own hands. She asked her father's consent for the marriage and proposed to Rip when he came home after a bad day at work. She gave him a ring and offerd him her hand, saying: "The only thing I ask is you outlive me, so I never have to live another day without you." He calmly replied: "I can try and do that." Enough for Beth to declare it settled: they will get married. [7]

Even though they had been engaged for a while, they got married pretty impulsively once Beth had set her mind to it and had forced a Father of the Catholic Church, named McGreggor, to participate as the marriage officiant. Their marriage took place at the ranch house and John Dutton attended the ceremony. Rip's lifelong cowboying tutor Lloyd was the groom's best man and Rip's contemporary counterpart Carter was present as well. [1]

Click here for the main page of Schwartz & Meyer.
Beth worked for Schwartz & Meyer [2] and ran Mergers and Acquisitions for the company.[8] She had a good relationship with one of the name partners of the firm, Bob Schwartz, and liked to work with her assistant Jason.

Click here for the main page of the Yellowstone Dutton Ranch.
After Lee's funeral, Beth's father asked her to help him fight whoever he needs to fight. [2] She knows her ways with the law and with business dealings and started helping with the business activities at the ranch.

Click here for the main page of Market Equities.
Beth started working for Market Equities, one of her father's enemies, after Caroline Warner, CEO of the company, offered her a job. She ended up on bad terms with Bob Schwartz, her former boss at Schwartz and Meyer, and saw a way of taking revenge on him by getting hold of Market Equities' controlling interest in the bank. [9] Warner was willing to give her this controlling interest and Beth took a job as president of the company's Montana Divison. [10]

Check out the table(s) below to find out in which Yellowstone episodes Beth Dutton made an appearance. 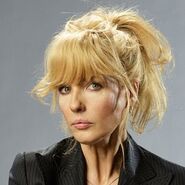 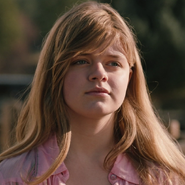 You're the Trailer Park, I'm the Tornado Yellowstone Paramount Network

'It's Not a Secret Darlin', It's a Favor' Yellowstone Paramount Network